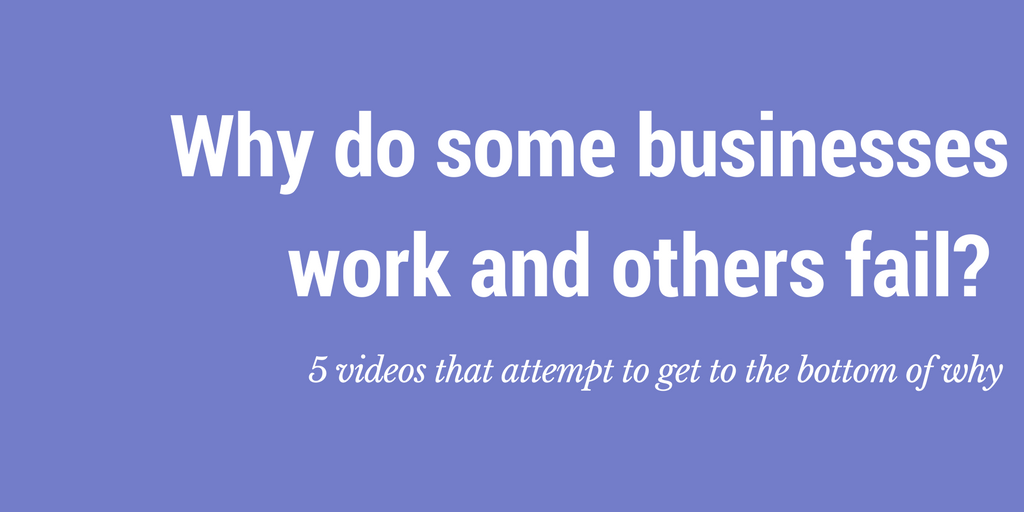 According to Bloomberg, 8 out of 10 entrepreneurs who start businesses fail within the first 18 months. A whopping 80% crash and burn.

There’s a drastic divide between new businesses that go on to succeed and those that don’t. So what goes wrong?

Here are 5 inspiring TED Talks that aim to get to the bottom of why.

Dare to disagree by Margaret Heffernan

Most people avoid conflict at all costs, but sometimes disagreement is central to the process. Watch this video to understand why sometimes the best teams, relationships and businesses don’t always have to agree.

Can small business owners really run a company and reinvent it at the same time? Business strategist Knut Haanaes looks at why innovation after you’ve become successful is the mark of a great organisation. In this video he talks about how to strike the perfect balance between what we already know and looking at totally new ideas.

Smart Failure for a fast changing world by Eddie Obeng

The world is changing at a rapid rate, so rapidly that according to Eddie Obeng our creative output just cannot keep up. But don’t worry – in this video he shares three changes you need to make if you want better productivity.

Whether you’re crunching numbers, building a new product or make sure your business can be found online – work today is about solving new problems every. single. day. In this thought-provoking talk Morieux demonstrates how we often overload ourselves with rules, processes and metrics that actually stop your business from growing.

The single biggest reason why startups succeed by Bill Gross

Gross has founded a lot of startups, which got him thinking.. what makes some succeed and other fail? He gathered data from one hundreds of companies (including his own) and ranked each business on five key factors. What he learnt was surprising… even to him.